This year I’m volunteering at DocuDays UA, so I’m really excited for this one.
Dates: March 25 – April 1, 2016
DocuDays UA is an international human rights documentary film festival. It takes place in Kyiv for the 13th time already; the festival also travels across Ukraine and the world with screenings of documentary films and exhibitions of photographs. The selection of documentary films is always very good and it’s a great opportunity to see films that you’ll not going to find online or see in wide release at cinemas.

Generally, documentaries are still considered to be not suitable for wide release in cinemas, but the situation changes a bit: the top prize of 66th Berlinale film festival, the Golden Bear, was given to a documentary film Fuocoammare (“Fire at Sea”); also in recent years I remember some documentaries that were made by famous directors, for example The Salt of the Earth and Pina by Wim Wenders made it to a big screen and become popular. Documentaries became more like art rather than just “talking heads”; filmmakers are borrowing techniques from other genres; new technologies allow anyone to create independent films. All that I believe slowly changes how people view documentaries and help this genre become more popular. 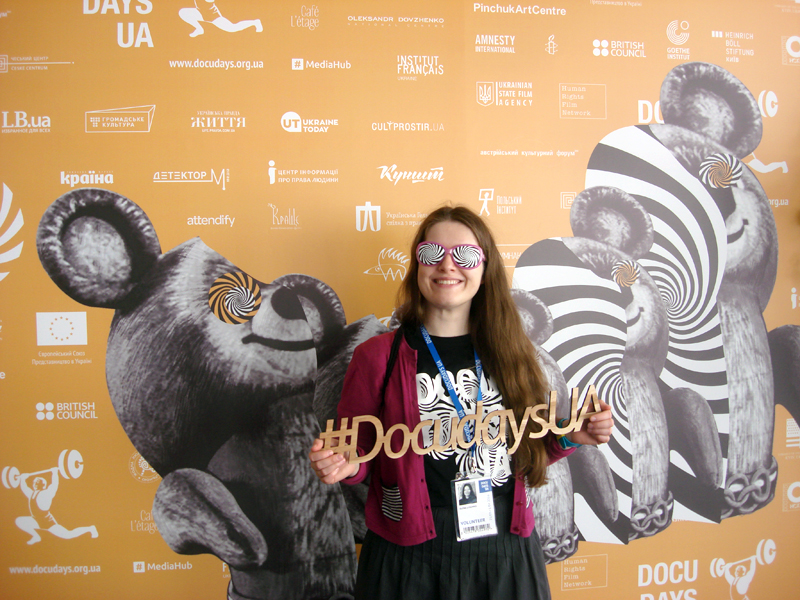 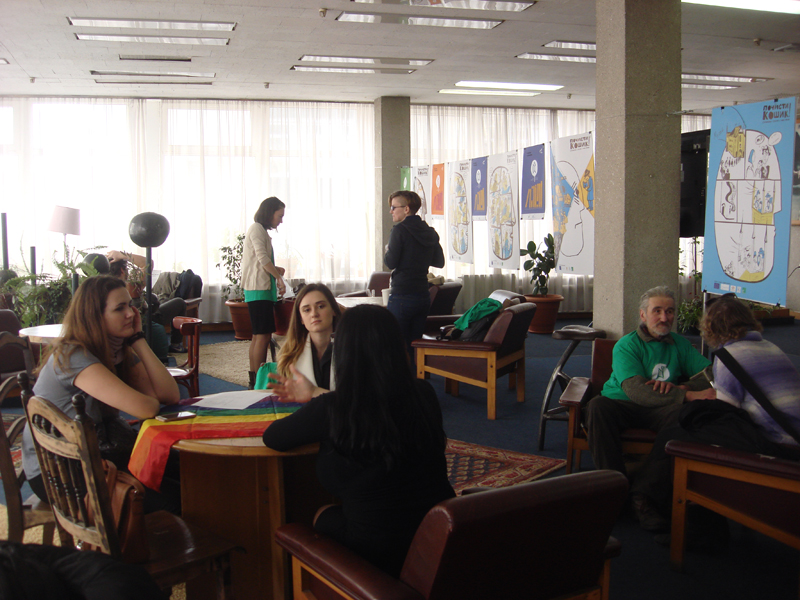 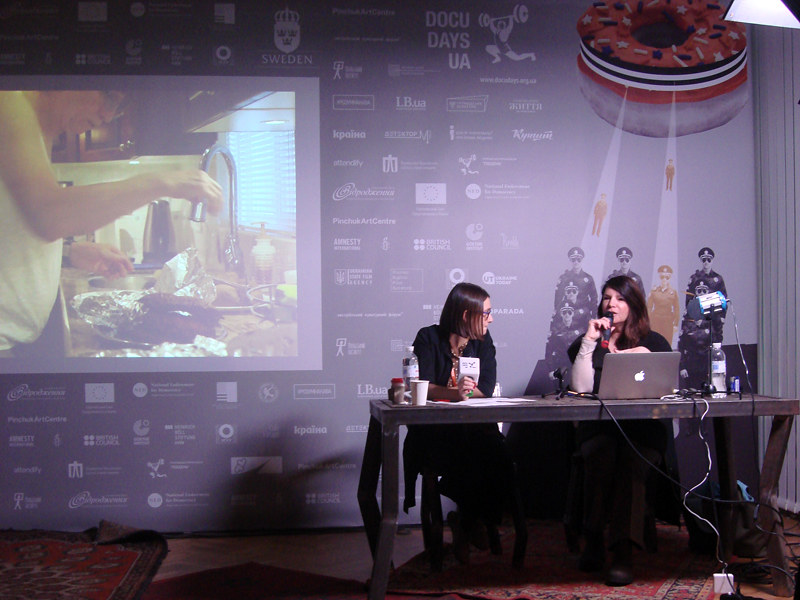 The thing I like the most is that during the premier of the film there is always Q&A after the screening with someone who worked on that film, and anyone from the audience can ask a question.

– Another cool part of the festival is “Living library”. Where everyone can communicate with ‘living books’ – people who are facing certain prejudice, discrimination, stereotyping in society (for example refugee, feminist, Muslim, lesbian, gay, Roma, Buddhist, foreign student, former prisoner, human rights activist and others).

– There are also many human rights events, that includes the discussion panel with lawyers, activists, journalists, NGOs about important issues and situation with human rights in Ukraine and the world.

– DOCU / CLASS these are series of lectures and workshops by filmmakers. 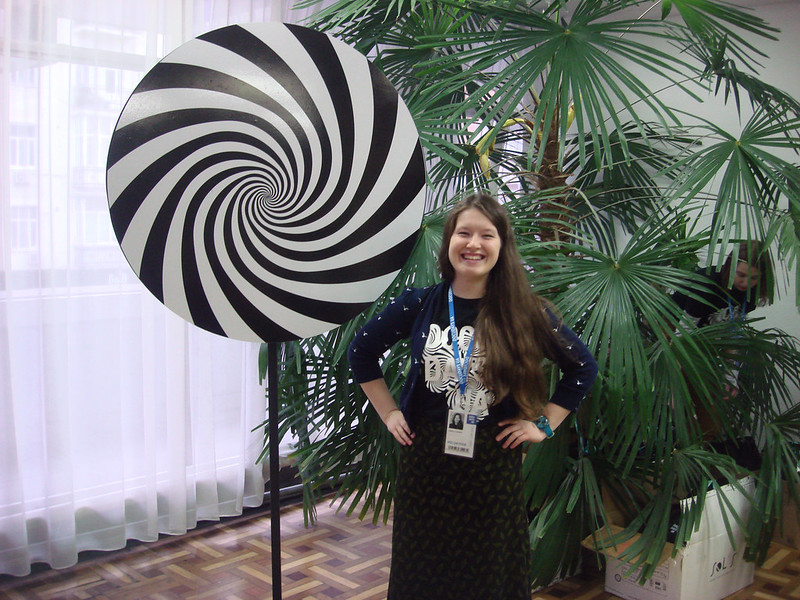 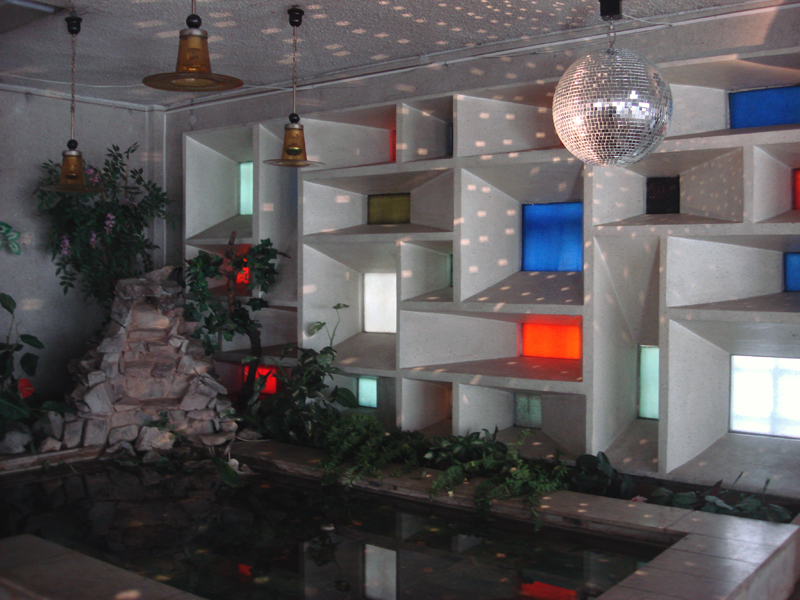 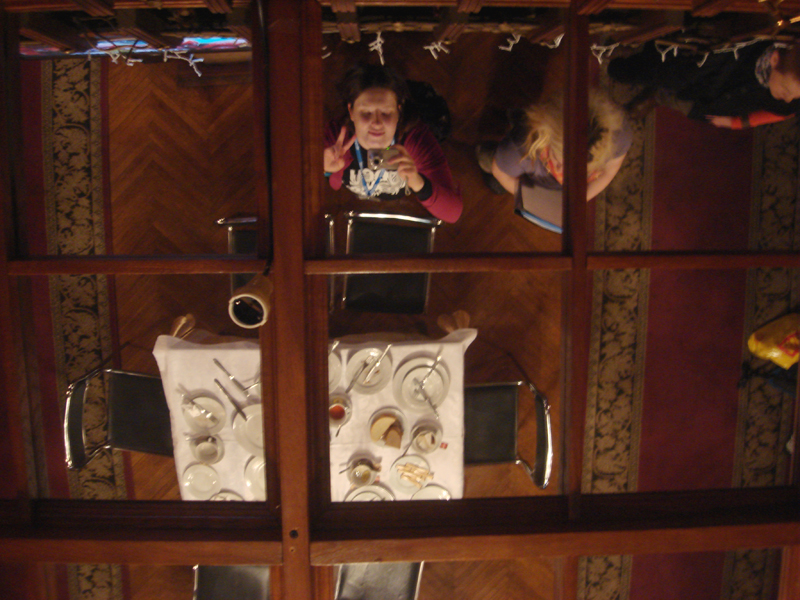 LOCATIONS
The festival’s film locations are the Cinema House, Kinopanorama cinema, the Kyiv cinema, PinchukArtCentre.
The main festival’s venue is a Cinema House. It’s awesome I wrote about it – here http://seekyiv.com/saturday-night-in-kyiv-the-house-of-cinema-and-ambient-music-at-historical-museum/.I love this place and tend to spend here most of my time during the festival. Cinema House hosts opening and closing ceremonies and the biggest film premiers. It’s a classic example of a Soviet modernist architecture of 1980s; each year the festival renovates this cold and huge building into a cozy space, makes it livelier and cooler with posters, colors and cool audience.

Eating in Babylon restaurant is another must have experience, the Soviet bohemian chic and Soviet hospitality are magically still being preserved around those walls, with the help of ladies who have been working there for a few decades. In a “Kyiv book “ guide I read that back in a day Chicken Kiev in Babylon restaurant was legendary. OK, so I tried it, and yes, it was quite good, with a lot of butter inside. 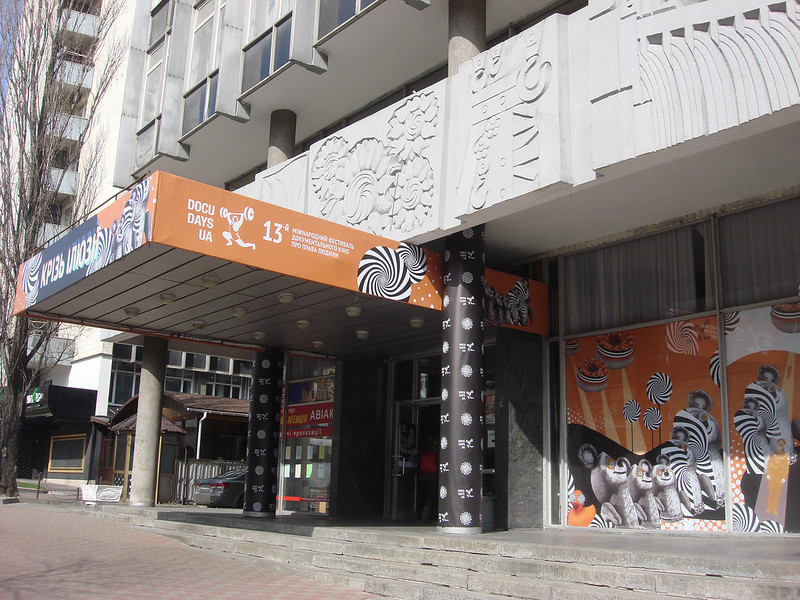 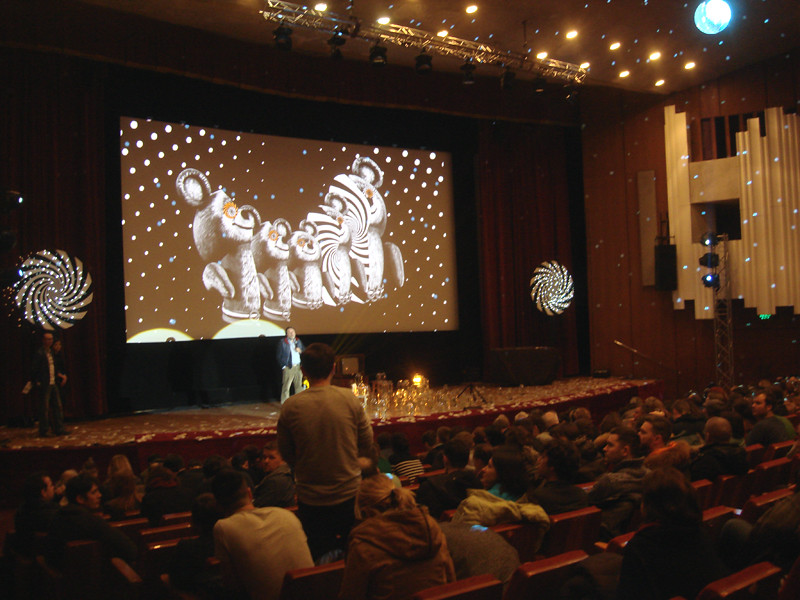 HOW TO GET TICKETS
Entry to the morning shows (before 15:00) are free. To entry after 15:00 you need a ticket. Tickets can be bought at the festival ticket windows and there are limited number of online tickets. Sales of tickets to each show end 10 minutes before the show starts. The festival is very popular, better come in 20 min before the Film starts.
Entrance to the opening and closing ceremonies are by invitations only.

Online sale for all locations at www.docudays.org.ua

If you are a student, pensioner, study in school, show your ID at festival ticket window and you’’ll receive a ticket for free.

Another great bonus – there are some film screenings that are free, in order to attend such a show, it is necessary to obtain a free ticket, at the festival ticket desk or online.

AUDIENCE DAY
Traditionally, the last day of the festival is the audience day, when the winning films are shown in the Red Hall of the Cinema House. On this day, entry is free to all the shows. No tickets are required.