This year I’m volunteering at the biggest Ukrainian art festival Gogolfest. The creator of the festival Vlad Troitsky is a famous director of the Dakh theatre, creator and art director of Dakha Brakha and Dakh Daughters bands.
Gogolfest happens annually at the different locations of Kyiv. During its first years it was held at Mystetskyi Arsenal, after that at Dovzhenko Film Studios, later at Vydubychi Factory and in 2015 it is at VDNH (Expocenter of Ukraine or formerly known as Exhibition of Achievements of the National Economy of Ukrainian SSR).
Since 2008 I attended Gogolfest each year and I just love it   

GOGOLFEST has an amazing and HUGE programme that features:
Theatre programme –Ukrainian and foreign experimental, very unique theatre productions, for many of them you don’t need to know Ukrainian or Russian, they are adapted for the international audience. Each year Vlad Troitsky presents an epic festival’s opening performance, the new theatre production or performance, in 2015 there will be a premier of his new opera IYOV;
Music – traditionally it has some new projects of Dakha Brakha or Dakh Daughters bands, performances of young Ukrainian musicians, new unique projects of artists who usually create something special for the festival only;
Classical music – an amazing programme that has collectives that play contemporary experimental classical music, something that is hard to find online, and it’s a cool opportunity to listen to such music;
Contempt dance – this year’s program features many contemporary dance performances of Ukrainian and foreign dancers;
Film programme – with Ukrainian and foreign indie films;
Literature – where different presentations and discussions with authors are happening;
Contemporary art – art installations and workshops across the whole territory of a festival;
Fashion – that features presentations of young Ukrainian designers’ collections.
Kids programme – that has everything that was mensioned above but only for kids: theatres, workshops, film screenings, etc.
Eco-programme – eco-oriented, eco-friendly programme with yoga, workshops, lectures and discussions;
Education – many lectures and workshops, also in 2015 Troitsky opened a school for journalists who wrote about culture;
Parties, food, the Kyiv market and a lot, a lot of fun.
Seriously, it’s amazing.

Since the programme is so big, there are a really big number of volunteers who can make this amazing event happen. Each ear the festival has financial difficulties; it’s always hard to find money, all the creators, curators and organizers work because they have a big enthusiasm and they really believe that what they are doing is important.
I was volunteering at the press center, I helped with a website and a festival programme, and I gave press accreditation cards at the festival stand. The rest of the time I was free to go to any festival event ^__^ The festival has an amazing team, and I loved the time I’ve spent there.
In 2015 Gogolfest is held at VDNH (Expocenter of Ukraine, or formerly known as Exhibition of Achievements of the National Economy of Ukrainian SSR). The territory is just huge; it has Stalin Empire styled pavilions, that were first opened in the late 1950s. Many of these pavilions were closed for years, and only really old people remember how those pavilions looked like during the Soviet Union. I’ve already have seen all of them, they are really cool, each pavilion is unique, and there is even an underground stage and a copy of a real size coal mining colliery.


A view from our office.The double rainbow over Gogolfest 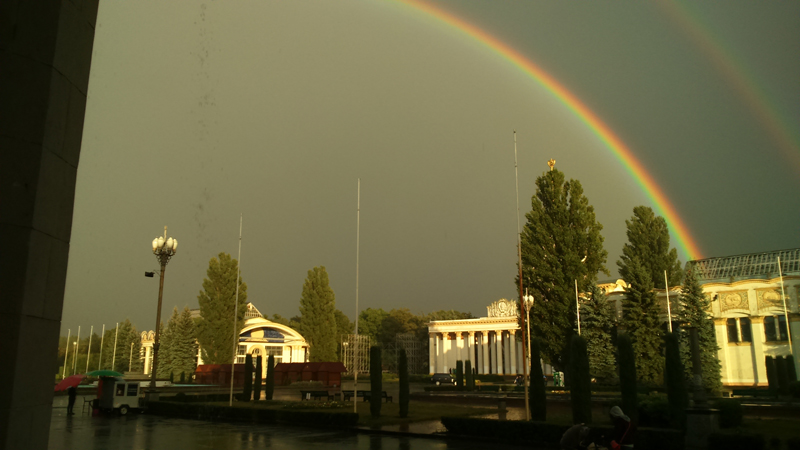 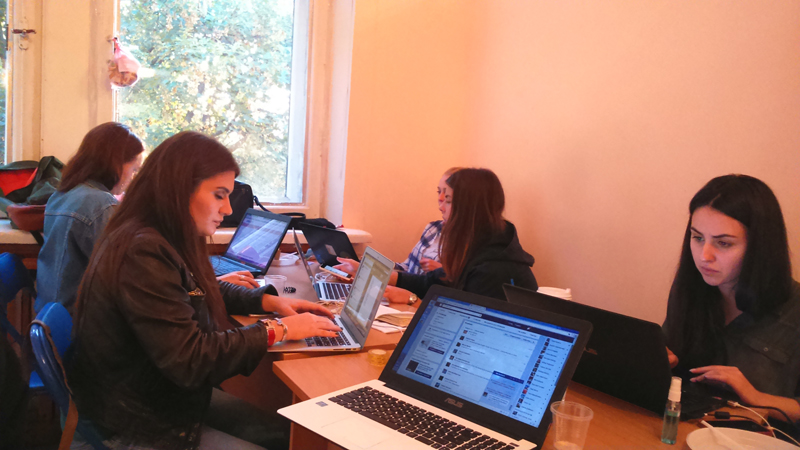 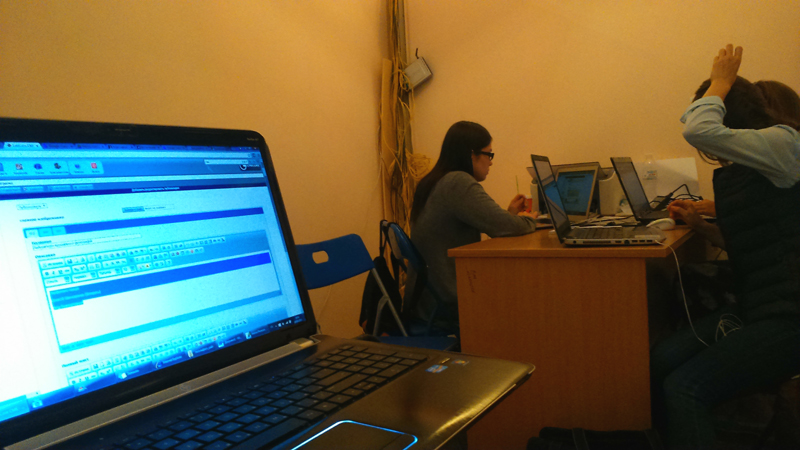 The motivation lecture for volunteers by Vlad Troitsky 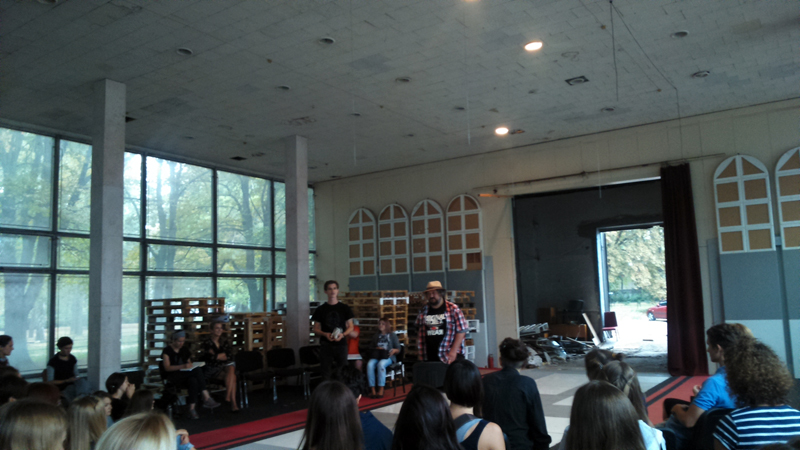 The first aid training for volunteers 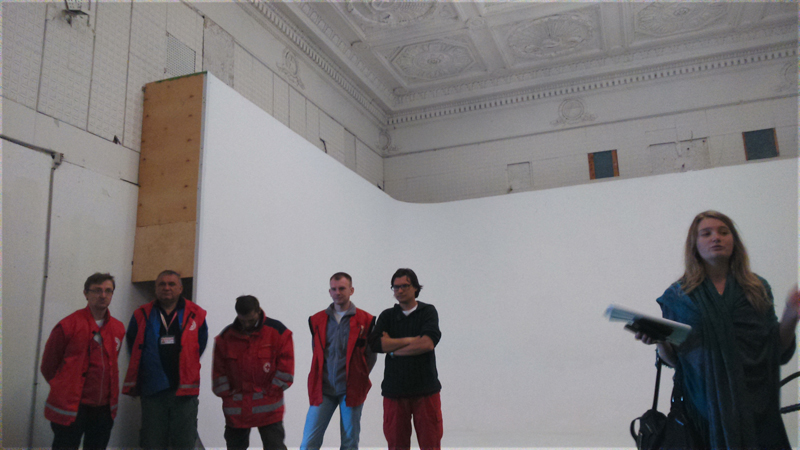 Press tour across the territory. The rehearsal of an experimental classical music stage 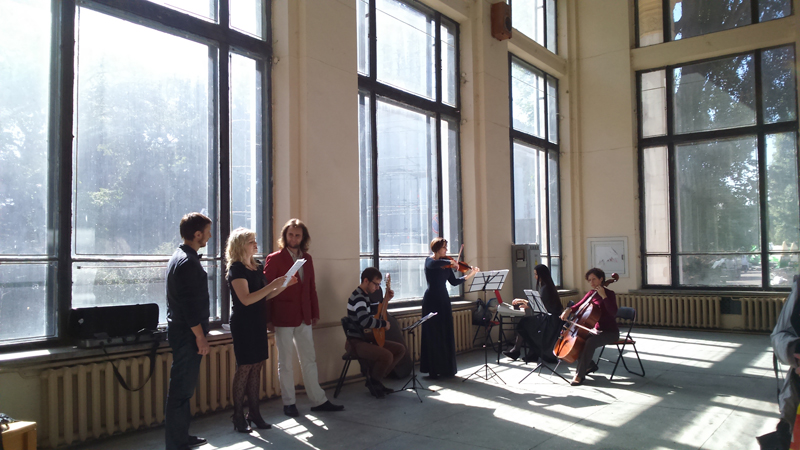 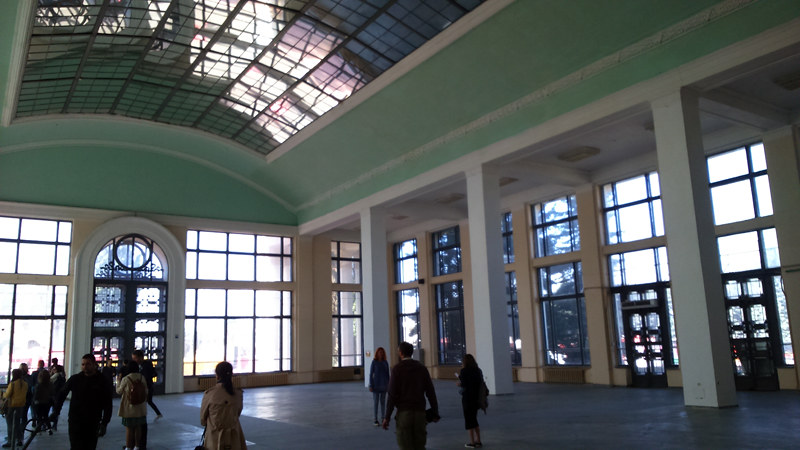 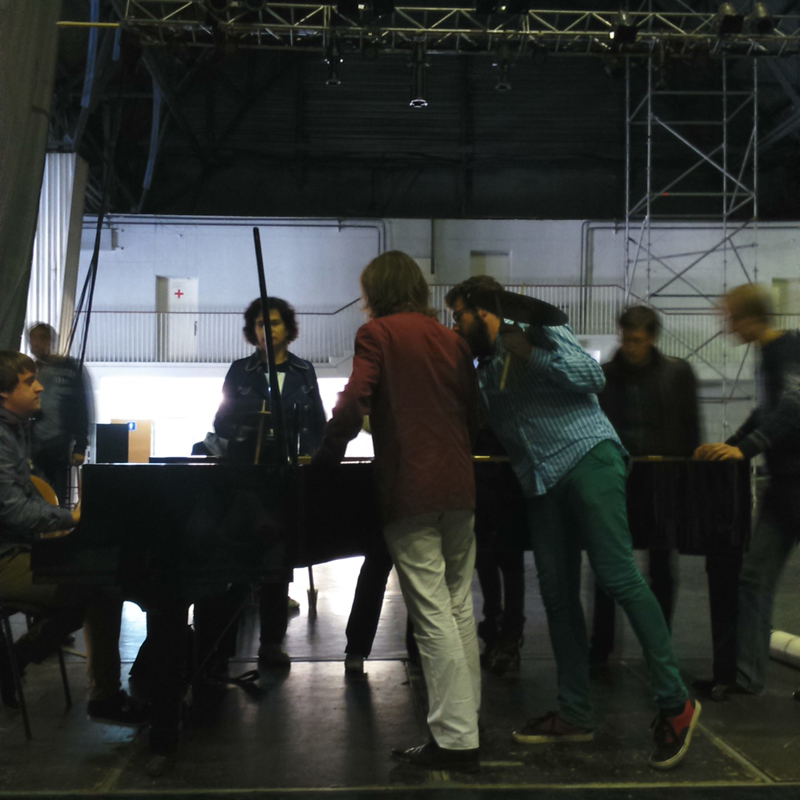 I was celebrating my birthday at Gogolfest office this year. ^__^ 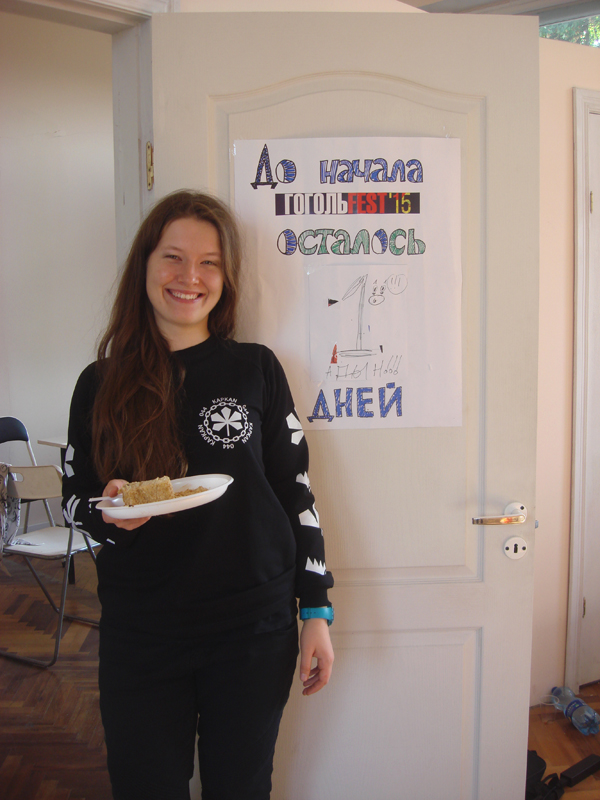 There is still a lot of work to do!! 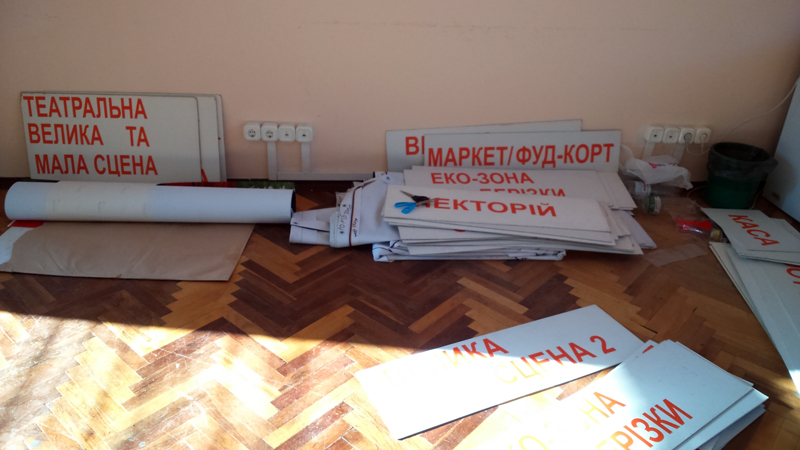 There will be a kids pavilion here very soon 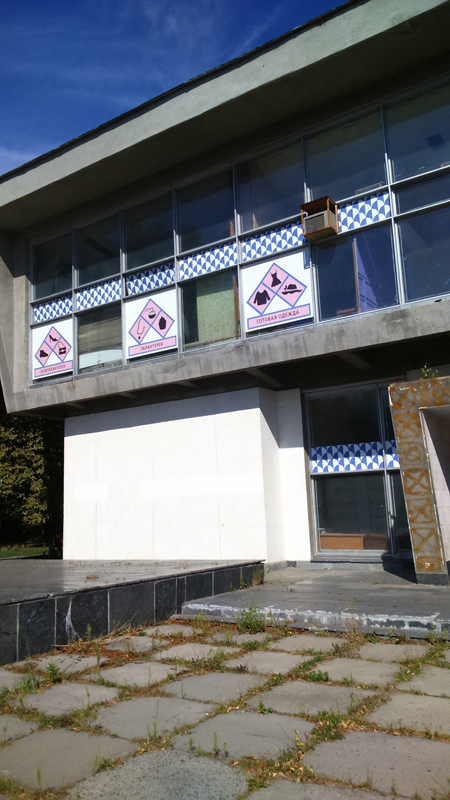 The main squire of VDNH 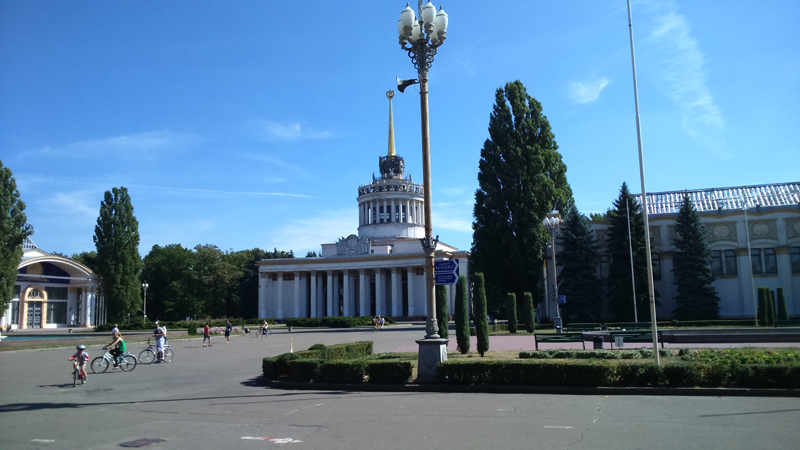 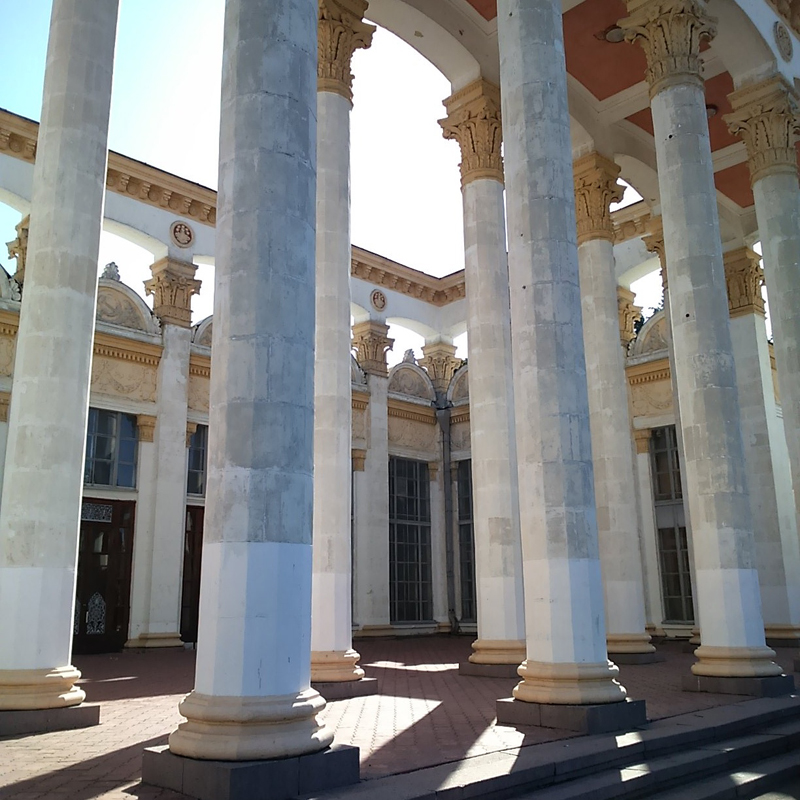 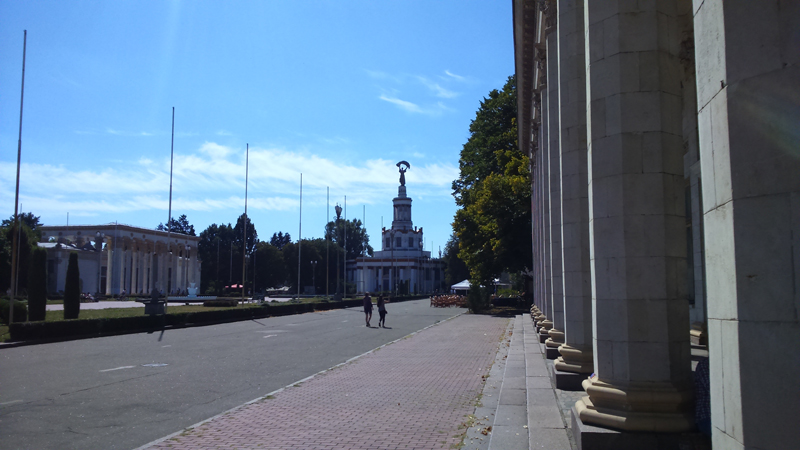 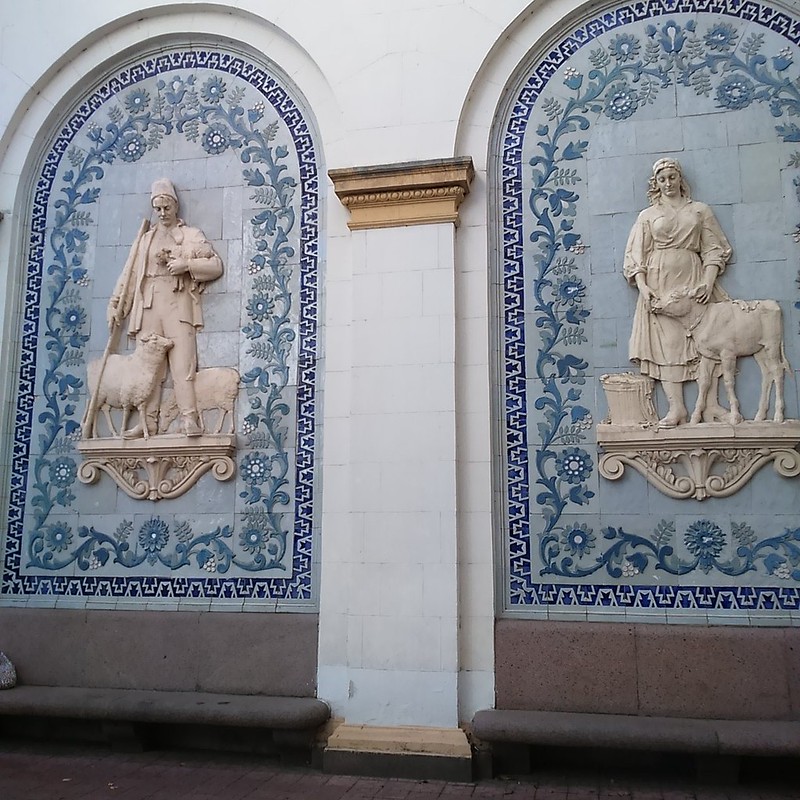 This will be a contemp dance pavilion 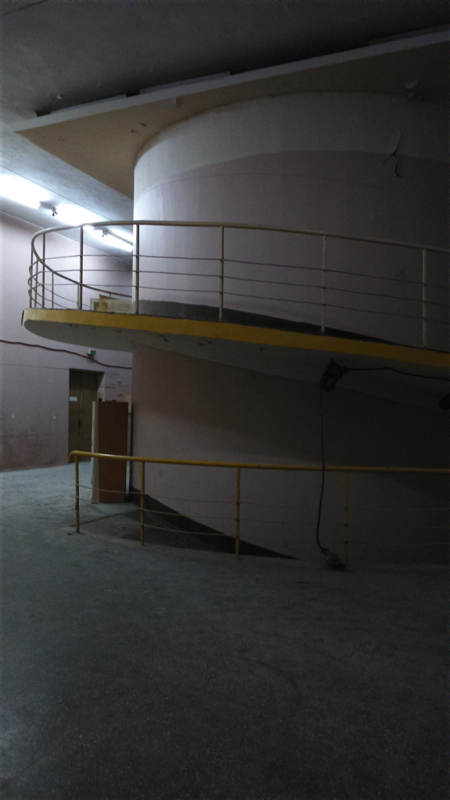 “The contemporary art is like a long soap opera where every little detail matters”, – Oleksandr Roytburd. The lecture for the Gogolfest school of art journalism 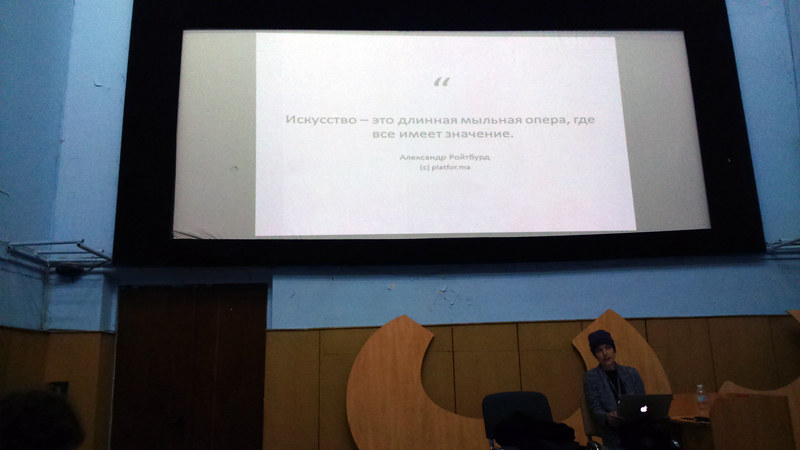