Looking back at the best art events of 2015 in Kyiv, an experimental opera-requiem “IYOV” is my top favorite; it had premiered at Gogolfest in September, 2015 and was a part of a conceptual musical triptych “Art of war. Art of peace. Art of love”. 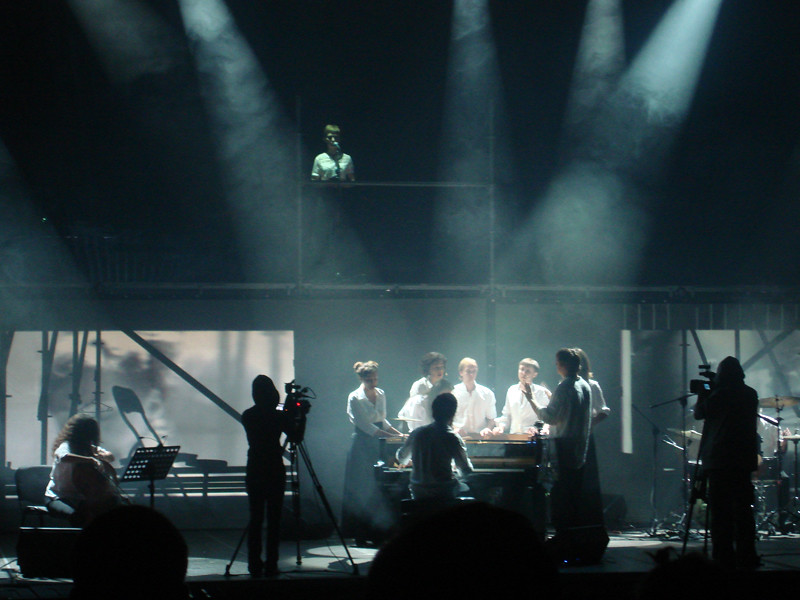 After a moment of a slow quiet rhythm the prepared piano explodes with epically loud, frightful noises; the opera singers are standing around and whisper words from Latin sacred texts into an open piano, their voices reflect the surface and return with an echo.

This is “IYOV” (“Йов”), a new experimental opera–requiem by Ukrainian theatre director Vlad Troitsky commissioned as part of this year’s Gogolfest (Гогольfest). The festival is a beacon for Ukrainian contemporary art, Troitsky who’s also the creator of Gogolfest, each year presents an art piece that he believes reflects the nowadays issues in the country and the world. The concept of 2015’s Gogolfest was raised by the war in Eastern Ukraine and was called “Art of war. Art of peace. Art of love”. Troitsky names the genre of his creation as “a new opera”, the same as his previous opera “Coriolanus” that was premiered in the end of 2014 and raised an issue of Ukrainian war heroes and their life after the war.

The opera’s libretto is a modern interpretation of The Book of Job, a very unique book in its complexity and the depth, it’s a story about the man who with such a terrible fate scenario remains true to his faith and ideas. But the main role here belongs not for the Job, but to a prepared piano that turns into the equivalent of an entire percussion orchestra, cymbals, harp, strings, and keyboard. Returning to the John Cage’s prepared piano experiments, it goes far more beyond, and mixes a dozen of genres – from music allusions to baroque and medieval music to Ukrainian folklore and hip hop, while following the canonical structure of the Requiem it shows that even ancient forms can be very up to date. 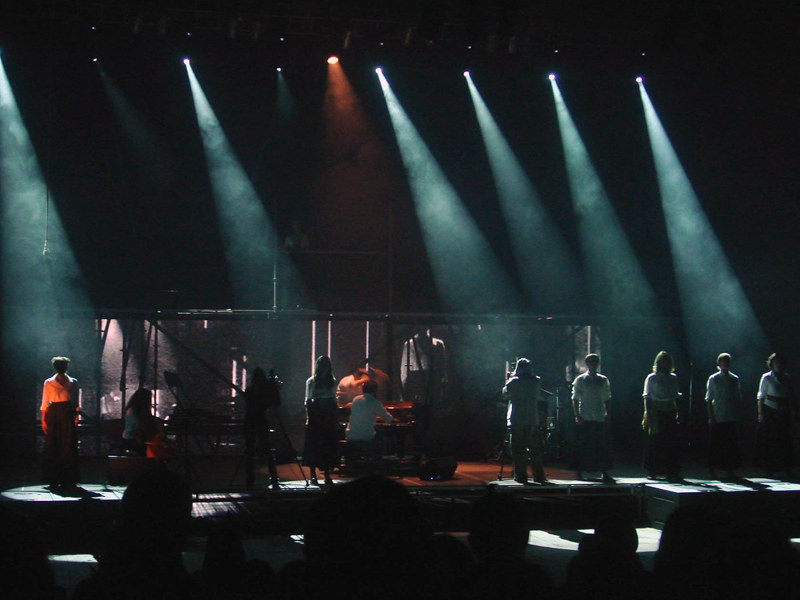 In the interview Troitsky noted that his main method of creating operas was a leadership to inspire performers, composers, musicians to experiment and to create something new and unusual together. As he mentioned it’s important for him to have performers who can think and who were whiling to add their ideas to the process of a creation. “IYOV” was created during only two month and performers say that it’s partly improvisational.

The result is an emotional, spiritual overload. The opera keeps your attention, because there is not only the singing, it’s a performance, a living experiment, opera singers accompanied themselves by holding strings, doing the percussion inside the piano, working as one organism. Between arias the actress who stands on a very top of the metal construction reads Biblical texts, as if symbolizing the old wisdom that exists above all the people. By pressing certain strings of a prepared piano it can begin to sound terribly impressive and while mixing it together with biblical texts – truly post-apocalyptic. In the end the music slowly stops and musicians one by one begin to move towards the audience with their instruments; the last notes are played right near the audience’s seats. 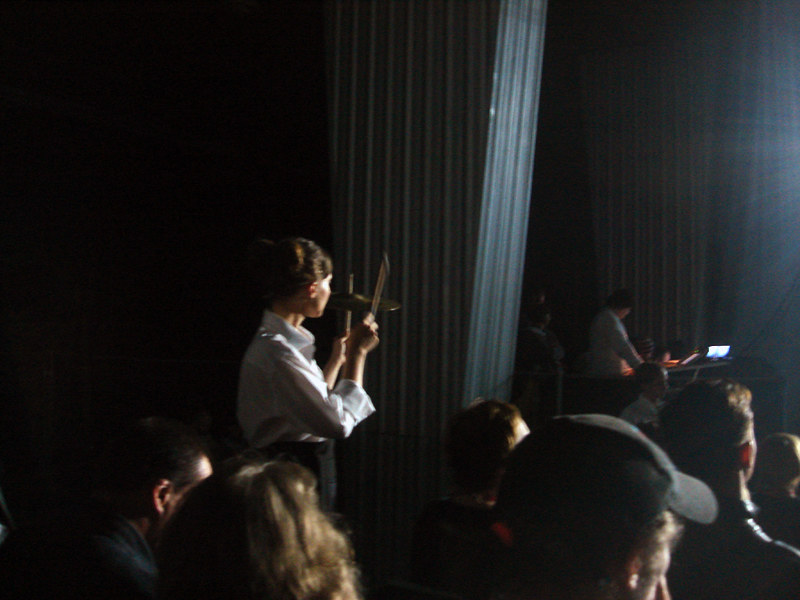 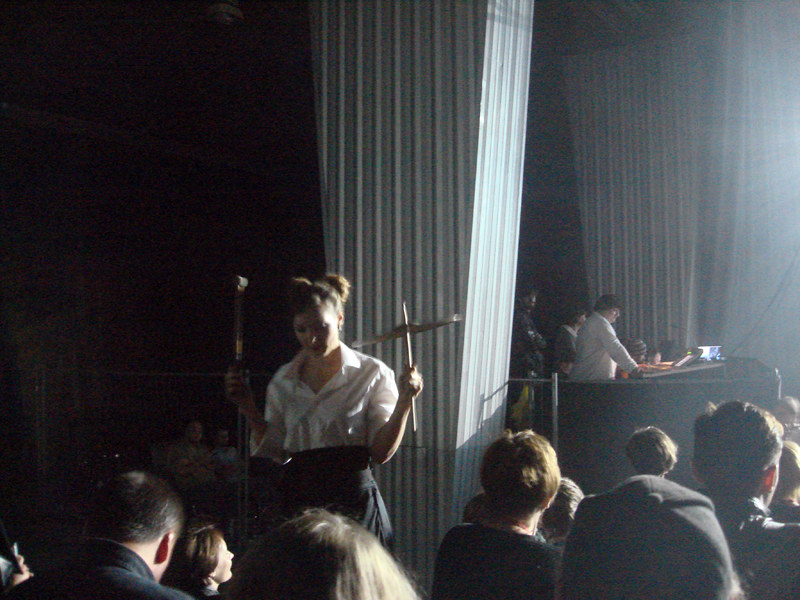 Switch on to English subs. To see it live is of course a whole different experience, I hope they’ll get an opportunity to show this masterpiece abroad.

Also I was lucky to see the rehearsal of “IYOV”, while volunteering at Gogolfest, when I first heard the beginning with frightening, loud sounds of a piano, I certainly could not wait for the premiere. 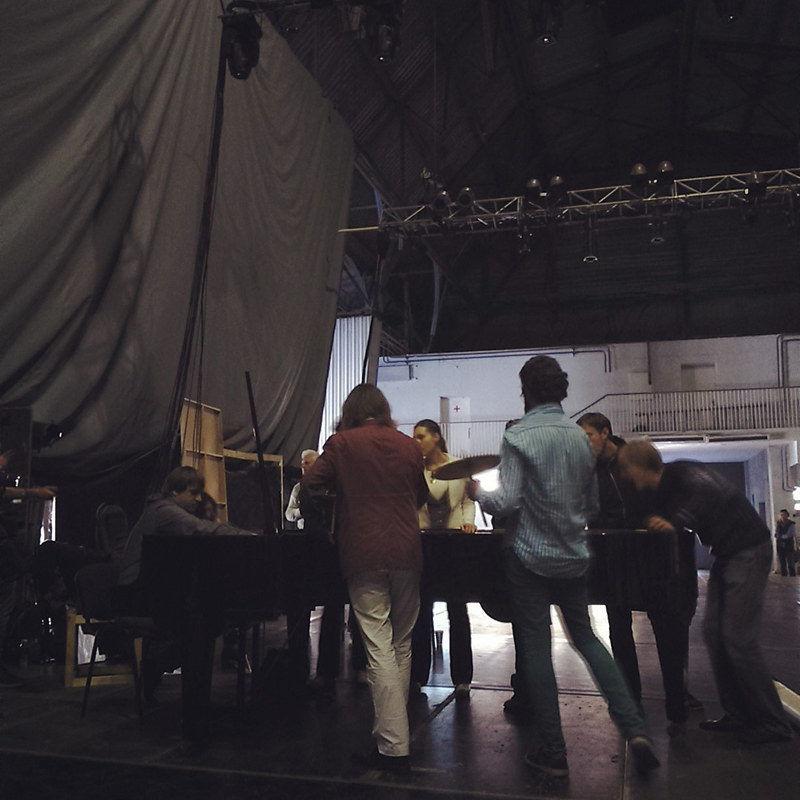 The best of 2015: Exhibitions of Ukrainian modern art in Kyiv