Constructed in the early 1930s by by Vasyl Krychevsky for the local literary elite, the House of Writers or RoLit is an apartment complex that was once the home of famous authors including Volodymyr Sosiura, Pavlo Tychyna, Oles Honchar, and Ostap Vyshnia, amongst others.

Like a large mirror, RoLit, reflects all the many tragedies of twentieth century Ukrainian literature. Writers loyal to the regime lived side by side those their contemporaries who were being closely monitored by the KGB. The inhabitants suffered through three waves of Stalinist repression; many writers being shipped off from the complex to prisons and concentration camps for committing ‘ideological errors’. Such was the state of paranoid amongst the residents, some slept partially clothed with packed suitcases by their sides, in case they heard the muffled steps of KGB officers creeping towards their rooms in the early hours of the morning.

Although the rooms by contemporary standards are small, at the time of construction they were considered luxurious, fitted as they were with telephones and sought-after amenities. A rooftop café was envisaged in the original plan but never built due to a lack of funds. Instead, time-starved writers could dine at a canteen next to the house, which served meals that would have been difficult to cook in their tiny kitchens.

“Nowadays, it’s a regular residential house. Pay attention to the commemorative plaques on the facade” 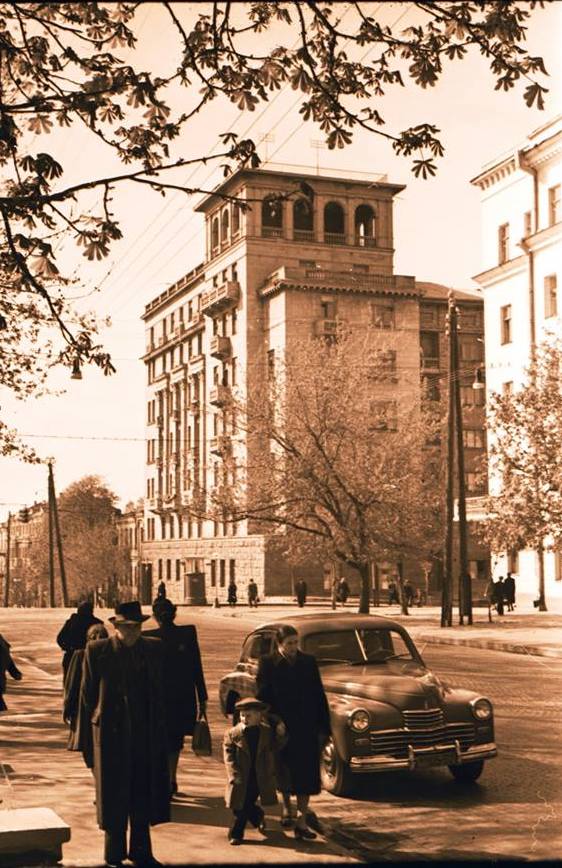